SEO is one of the most important aspects of internet marketing. While graphics and content are needed, you have to be sure you have search engine optimized content so you’re visible in the search engines. There are some tips to follow so that happens. You can also use this contact form to discover the reasons why SEO is so important.

Focus on a Few Keywords

You should spend some time doing keyword research. Rather than having a list of 10 or 12 (or more) keywords for a single web page or blog post, focus on a few keywords. You should have two or three long-tail keywords as well as two or three short-tail keywords, depending on the length of your content. This will make it easier to provide quality content without spamming. Further, you are more likely to get a match on what people are searching for across the search engines.

More and more people access websites from their mobile phones. What this means for you is that you need to make sure your website is mobile-friendly. There are a lot of mobile designs for you to consider. When people don’t have to zoom, scroll, and pinch through your website when they’re on a phone or tablet, it will make it easier for people to interact with you. Further, responsive and mobile-friendly sites are more likely to help you with your SEO ranking within the search engines. 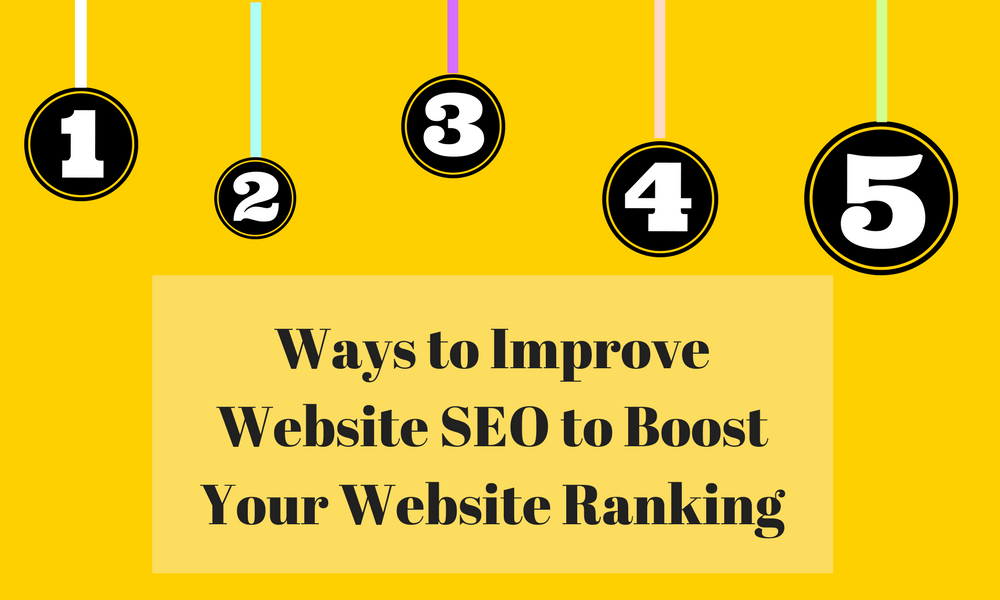 Images are an important part of websites, whether it’s a blog or e-commerce. No one wants to read blocks and blocks of text. By breaking up the monotony of text with an image, you provide something that is eye-appealing. Be sure that you optimize the image with metadata. This will help your SEO ranking. It will also provide text in place of the image when the image won’t load for one reason or another.

Providing links to internal content is a best practice to get into. It shows the search engines the validity of the content that you have online. If you are writing content that pertains to a blog post you made, provide a link to that post. You should also work on having other websites link to your content.

You want your site to be easy to navigate. Part of that involves looking at your URL structure. The links should be renamed so that they are your services, contact, about us, and so on. If there are a bunch of random numbers and letters behind the domain name, it gets confusing. It can also affect how your website shows up in the search engines.

Spend some time making your navigation menu. Ensure that all of the pages and subpages are well formatted. From there, go in and name them appropriately. Overall, search engine optimization is a critical component to your marketing strategy. Do your research and get the help when and where you need it to get better results.

Reverand Doctor Chris Oyakhilome and the 2017 Haven Convention in Nigeria

Pastor Chris Oyakhilome, also known as Pastor Chris, is a Christian minister in Nigeria. He is the Pastor of a large church, Christ Embassy, in Lagos, Nigeria. He has a worldwide ministry, Christ Embassy International, where he concentrates on bringing Christ to the uninformed and healing to the world that is hurting.

Chris Oyakhilome has three television channels, a healing school and inner city ministries. His television programs and live meetings feature the preaching of the Gospel, healing services, and teachings of Christianity and the Holy Spirit.

Pastor Chris Oyakhilome holds meetings primarily in South Africa, Canada, The United Kingdom and the United States. He also runs a prayer network online that has over 1.2 million followers on Twitter, and over 1.9 on Facebook and there are over 30 million followers on his personal social media format, Yookos.

Pastor Chis is also the author of a daily devotion called “Rhapsody of Realities” which can be downloaded in 143 different languages. He has held meetings in various countries where upwards of 1.2 million people have been present at a single event.

The Haven Convention, held in Lagos at the LoveWorld Conference Centre. People from many different countries from all over the world were in attendance to hear Chris Oyakhilome preach. The Word came from the Holy Spirit that we as followers of Jesus Christ are to lengthen our “lengthen our cords and strengthen our stakes” for the new outpouring that God has in store for his people.

Haven members were reminded that God wants them to continue their passion in regard to their unique calling referencing Psalm 33:12. The verse says that the nation will be blessed whose people chose God as their Lord as He has chosen them for His own inheritance.

The people were also reminded to pray for the leaders of the world, primarily the men and women who are in authority so that the Word of God can be forthcoming and spread among mankind without hindrance. Pastor Chris also spoke about the clarity of purpose that Christians must have in regard to the Word of God which encourages a superior way of life.

Essentially our purpose is set before us by the Lord, but many people fail to carry out their purpose because they are too easily distracted and are not focused on what God has set before them. We should be burning with the passion of the Holy Spirit and let Him guide us as it says in the Word of God.

Finally, attendees were reminded that promotion comes from above, and that all followers of Christ should lead their lives in accordance with the scriptures which remind us to focus on the path that the Holy Spirit has laid out before us.

How Companies Can Make Their Incident Resoulution Process More Efficient

Companies need to monitor incidents and resolve them so that they don’t occur again and hamper company growth or detract from profits. Fortunately, these days there exist automated solutions that can handle incident resolution in a highly efficient way. Any business owner knows that customers will expect incidents to be resolved immediately, and they will go elsewhere if issues become persistent problems that detract from the customer experience. Any company with a complex infrastructure knows how difficult it is to manage and mitigate all the potential issues that could lead to outages and degradations that can compromise a company’s success. PagerDuty is an optimal solution.

There are many things that PagerDuty can do when it comes to resolving incidents and providing effective management of company problems. PagerDuty can, for one thing, provide an immediate understanding of both the issue and any correlated events affecting infrastructure. Issues require not only looking at the root cause, but also the impact the issue has elsewhere and the dependencies that result from the issue. PagerDuty offers alerts that reach a whole group and automatically send warning out to the person within the company who needs to be aware of them. This makes troubleshooting simpler and also allow for proper leveraging of the workflow to respond to incidents by bringing the right people into the efforts and also informing any interested individuals of what’s going on so that they can respond accordingly.

The goal of incident resolution and Pager Duty is to reach a resolution in a more timely manner. Any degradation can’t last a minute ;ing if you want your company to survive and thrive. With PagerDuty, it’s possible to easily take advantage of developments so that organizations can be made able to provide services that offer the highest level of both performance and protection of the brand so that it is sustainable into the future.

However, the capabilities of PagerDuty don’t stop at merely dealing with incidents when they occur. They also can be focused around incident prevention. Incident prevention can save a company thousands of dollars in profits while also saving business owners and management professionals from a lot of headaches. Incident resolution tools like PagerDuty will allow issues that might not have been expected to be predicted and avoided. One of the hallmarks of PagerDuty is that it institutionalizes learning, thus opening up new dialogue on previously unthought of topics so that a company’s staff is less likely to be caught off-guard.

When it comes to running a company, the more you know the better off you are. Incident resolution tools help you to learn more about your company and to mobilize your staff around the efforts of incident management and incident prevention. To cope with and avoid incidents, information must be centralized while also being designated to the appropriate authority, and this is what PagerDuty is all about. Business owners can find out more about this important company tool to prevent their next incident from cutting into their bottom line.